PuNkD's ACHIEVEMENT Pharm :: If you are Banned

I was with mork and bull and I was just asking about why this other guy waffles had been banned and I found out he had been typing fouls things into chatbox which i had missed. Then I jokingly asked if we were allowed to say tallywacker in this house referencing the clip from "born on the fourth of July" where tom cruise says tallywacker several times at his mother. Then I said tallywacker like twice, it was just a joke and i thought bull and mork were ok with it but I guess not as I was banned. Is this for reals or is it just a joke and will I be unbanned soon? :X
I was helping out earlier like joining blu as solly to help red get candies for achievement and other people were helping me and I thought i was being pretty amicable. plus i've been with mork a couple times on achievement midgets and i've talked to him. not saying were friends but i dont curse him out or anything.

FYI this forum is abandoned. 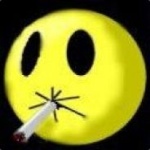 PuNkD's ACHIEVEMENT Pharm :: If you are Banned